Cristiano Ronaldo, Gérard Depardieu, Steve Jobs, Jack Nicholson, John Paul II - what unites these people who have left their mark in different areas of our modern life? All of them might not be born if their mothers agreed to an abortion. Some wanted to terminate the pregnancy out of despair, others were persuaded by their parents to get rid of the child, and the doctors threatened others with life (the mother of John Paul II could have died during childbirth, but she deliberately chose the life of the child).

And now some official statistics.

According to 2017 data, every third woman in Kazakhstan terminated a pregnancy at an early stage at least once. Abortions in Kazakhstan are legal up to 12 weeks of pregnancy, and then are allowed for special circumstances, the list of which, however, is so extensive that it is possible to find a legal way to terminate a pregnancy in almost any case. Our legislation inherited such a loyal attitude towards abortion from the Soviet past, when abortion was legally allowed as a contraceptive. Moreover, the USSR in matters of termination of pregnancy was ahead of the rest. Abortion for social and medical reasons in the Union of Soviet Socialist Republics was first allowed in 1920, and thus the USSR became the first state in the world to legalize the abortive counterculture of death.

An equally sad picture is observed today throughout the world. According to the calculations of the Guttmacher Institute, in 2010-2014 in the world, 55.9 million abortions were performed annually, including 49.3 million in developing countries and 6.6 million in developed countries. The current global abortion rate (35 per 1000 women aged 15-44) means that there is one abortion for every woman in the world.

Should we consider abortion murder of a human or not? Does the baby have any rights in the womb? Is it ethical to use the embryo and his tissues for medical research? Is it permissible to use the organs and parts of aborted babies in the production of cosmetic and medical products? The answer to all these questions depends on what moment is considered the beginning of human life – the moment of conception or the moment of birth.

Below we will give five arguments from medicine, ethics, law and religion, proving that a human life begins from the moment of conception.

This idea was expressed by Tertullian as early as the 3rd century, and the research of modern medicine confirms its truth.

Embryology claims that the DNA of the embryo is not just the DNA of a human being and not the DNA of his parents, it is a unique genetic code that belongs to a separate new person. Already in the first cell, which makes up the body of the child, it is determined: whether it is a girl or a boy, eye and hair color, character traits, height, etc.

Today you don’t have to be a scientist or a doctor to see a child in the womb. Ultrasound technology (in 3D and 4D) allows not only to see the baby and determine his gender, but also to take his first photos, as well as to make a video. Thanks to ultrasound, we can track how, in the first 4 – 8 weeks after conception, the main vital systems are formed in the baby’s body.

It is obvious that abortion at any stage of pregnancy is a deliberate termination of human life as a biological individual.

The latest research by neuroscientists, such as Maureen Condic, Ph.D, argues that the human fetus distinguishes painful stimuli and reacts to them as early as 8 weeks from conception, recognizing them with the help of a neural system that is already sufficiently developed by this time. This is much earlier than previously thought by scientists. Such scientific discoveries refute the assertion that the child inside the womb cannot fully perceive pain until the period when the cerebral cortex is fully formed, and prove that pain is recognized by the nervous system.

Women who decide to terminate their pregnancy at such a time should know that before the child is killed, he will experience tremendous pain.

During an abortion, when the child is being pulled out or cut into pieces with tools, he tries to escape – he waves his arms and legs, moves away from the tool and opens his mouth, trying to scream. From fear and despair, his pulse rises to 200 beats per minute.

3. He is a separate organism

Human as a new being (biological individual) emerges immediately after the fusion of parental germ cells. He cannot be considered a part of the mother’s body, because, firstly, being in the mother’s womb, he is genetically different from the mother, and, secondly, there is a placental barrier between the mother and the child, which allows substances to pass from the mother’s blood to the fetus and into reverse direction selectively. In addition, the main signs inherent in the human body develop in the embryo at the very beginning. In the first weeks after conception, the rudiments of the respiratory, nervous and digestive systems are formed, as well as all internal organs. Already on the 21st day after conception, the baby’s heart (heart tube) begins to beat, and by the end of the 4th week, his own circulatory system starts up, the child’s blood does not mix with the mother’s blood.

Throughout the entire period of intrauterine development, the new human organism cannot be considered part of the mother’s body. It cannot be compared to an organ or part of an organ of the mother’s body. The embryo is not an appendage or any part of a woman’s body. Professor Avramidis (Greece) emphasizes: “The embryo is not part of the body of a pregnant woman. Consequently, a woman cannot decide his fate herself, as she would decide the issue of removing her appendix or tonsils”.

Perinatal[1] medicine is a branch of medicine, the object of which is the perinatal period of a child’s life (from the prenatal period to 7 days after birth). Technologies of perinatal medicine make it possible to treat intrauterine complications and operate on a child directly during pregnancy.

If the baby in the womb can already be a patient, then abortion cannot be considered as just an operation on the woman’s body, in which the unborn baby is an unwanted by-product of her sex life. Abortion is, first of all, the manipulation of the unborn baby, it is the termination of the life of a small person by removing him from the mother’s womb.

Let us remember how the attitude towards abortion was described in the original version of the Hippocratic Oath: “I will not give a lethal drug to anyone if I am asked, nor will I advise such a plan; and similarly I will not give a woman a pessary to cause an abortion”. Over time, against the background of a decline in moral values, words about an abortive pessary[2] were imperceptibly thrown out and did not enter the modern oath of a doctor. Any doctor carries a heavy burden of memory about those patients whom he could not save. Imagine what a burden lies on the conscience of every obstetrician-gynecologist who has performed abortion operations in his life. You cannot do evil, from which good would come.

“Be fruitful and multiply, and fill the earth” (Gen. 1:28) – this is the very first moral law given to man by the Creator. Thus, the emergence of a new person is initially and always a godly deed.

The Bible, still in the pages of the Old Testament, when pagan cults of child sacrifice flourished in many nations, speaks of the infinite value and significance of each life, which takes place in God’s plans not only before birth, but even before the actual conception by parents. Three angels predict to Abraham the birth of the long-awaited heir from Sarah. The aged Sarah does not believe the prophecy and gives her husband the servant Hagar as a concubine, from whom Abraham’s son Ishmael is born, and later she herself conceives their son Isaac. While this is contrary to God’s original plan, God cares and finds a place for both of Abraham’s sons in the history of salvation. God conducts Christ from the descendants of Isaac, while Muslims trace the genealogy of the Prophet Muhammad from Ishmael.

A beautiful text about the intrauterine life of a person is contained in the psalter. David praises God for the way He beautifully created him in the bosom of his mother, and says that God has numbered all his days even before his birth.

“For you created my inmost being; you knit me together in my mother’s womb. I praise you because I am fearfully and wonderfully made; your works are wonderful, I know that full well. My frame was not hidden from you when I was made in the secret place, when I was woven together in the depths of the earth. Your eyes saw my unformed body; all the days ordained for me were written in your book before one of them came to be” (Ps. 139; 13-16).

Well, and the most important moment that speaks most beautifully about the value of life from the moment of conception is the Annunciation. Christ does not dwell in the child after Mary has already given birth to. He incarnates in the bosom of the Virgin, immediately after she gives consent. Having become in everything as a man, the Son of God goes through all the stages of the formation of human life, and Mary carries him in her womb for 9 months until the moment of birth.

Thus, taking into account all the above arguments, we can confidently conclude that human life begins with intrauterine development. Intentional termination of pregnancy cannot be considered as an acceptable solution in any of the possible situations. Abortion is the most cynical collective murder of a person based on age and territory. Abortion is a sin against the 6th commandment. Abortion is a crime against morality and humanity.

And finally, we invite you to imagine the following situation: you are a doctor, and a woman with tuberculosis comes to you, whose husband is also seriously ill. Her firstborn was born blind, the second child died in childbirth, the third was deaf and dumb, and the fourth was sick with tuberculosis. The woman is pregnant again. What would you advise her to do in this situation? Would you advise to terminate the pregnancy?

Congratulations, you just saved, or killed, the brilliant composer Beethoven. This is his story.

[1] The period consisting of the five months before the birth, and one month after the birth 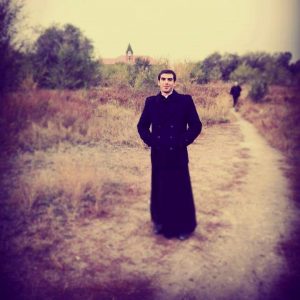 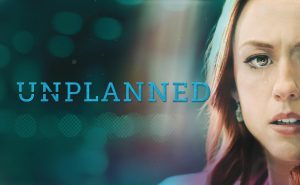 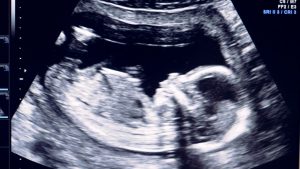 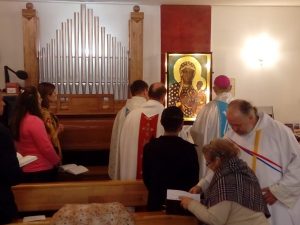